You are being redirected to an external website. Are you sure you want to continue?

Welcome to the Dashboard, ! 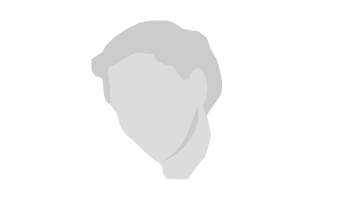 “If they’ve got a movement like that… then this may be a good thing for me to get into to free my people.”

-Bonita Williams on the Communist Party of USA (CPUSA)2

Bonita Williams was a grassroots organizer based in Harlem, NY. During the Great Depression, the unemployment, evictions, and high food prices that normally ravaged Black communities were exacerbated. Black Harlemites, their frustrations rising and situations worsening, found a heroine in Caribbean-born activist Bonita Williams. Her dedication to Black liberation both domestically and globally changed the lives of countless Black women and children and made her a central figure in Harlem, and on some level, the Communist Party (CP).2 With Party support, Williams spent her life fighting against discrimination and cost of living issues.1,4

Bonita Williams took her organizing efforts to the CPUSA after getting involved with their party-affiliated International Labor Defense (ILD) and the trial of the Scottsboro Nine. As a member, Williams was instrumental in gaining support for the movement in Harlem.2 Following the ILD’s defense, Williams joined the Party, drawn by its commitment to social, economic, and racial justice. As an established organizer Williams also acted as a bridge between the mostly white CPUSA and the Black Nationalist movement.2 A skilled public speaker and poet Williams excited the masses when she spoke of freedom.3 With foundational support from the Communist Party of the USA (CPUSA) she worked to better the lives of her struggling neighbors, centering the plight of Black working-class women in the fight against discrimination and oppression.  A true liberator, Williams spent her time in the CPUSA organizing around cost of living issues such as poverty, increasing rent and meat prices, and unemployment. As Black women were the most severely affected by unemployment, a notable rally Williams organized was part of the “Don’t Buy Where You Can’t Work” campaigns, encouraging women to boycott shops who practiced discriminatory hiring.1,2

Williams sat on the executive board of the New York chapter of the League of Struggles for Negro Rights (LSNR), a Communist organization, and was a leader in the CP’s Unemployed Councils (UC) in New York.1 As a member of the LSNR, Williams helped usher in a second generation of Black left feminists in Harlem looking for a path to freedom for their people. The LSNR allowed these women to exchange ideas and share in community work.1,2 As we look at the history of Black Radical Feminism, we can’t overlook this site that allowed it to progress in Harlem in the 20th century. Through her work, Williams made friends of women like Queen Mother Audley Moore, Williana Burroughs, and countless other revolutionaries.2 While working with the Unemployed Councils, Williams acted as a warrior for the working-class and poor. The UC fought for fair unemployment benefits for all workers and for the passage on and Unemployed Insurance Bill. Members worked tirelessly throughout the 1930s to keep poverty issues front-of-mind for their local politicians.1

In spring 1935, after spending years garnering support for the CP in Harlem, and being an active leader in the local party, Bonita Williams created and chaired the Harlem Action Committee Against the High Cost of Living. At the time, Harlem was rife with tension. Months earlier, the Harlem Riots of 1935 tore through the streets as people demanded fair treatment. Still, meat prices and housing costs were on the rise, job discrimination was running rampant, and Black women were facing the brunt of this reality. In June of the same year, the Harlem Action Committee Against the High Cost of Living led a march down 125th street protesting the butchers’ increasing prices and decreasing quality. Storms of women rallied threatening boycott and violence if prices weren’t immediately slashed. Crowds also demanded butchers’ strike from their suppliers, to drive the changes further up the line. The protest was a resounding success. Most store owners obliged, and meat prices were lowered by up to 25%. Many also agreed to strike from their suppliers but returned to normal business operations after a few days.1,2

Throughout history, we’ve seen Black women at the foundation of the struggle for liberation. Living at the intersection of racial, sexual, and systemic oppression in the United States, Black women organized to improve their condition, in turn improving the conditions of so many. Fighting against evictions, unemployment, and increasing cost-of-living in Harlem, Bonita Williams was no different. With help from the Communist Party of the USA, Williams stood as a crucial figure in Harlem, fighting for her forgotten neighbors during the height of the Great Depression. Ultimately, the Communist Party’s increasingly negative views on Black nationalism and the bigotry often found within its ranks led Williams (among many other radical Black feminists) to separate herself from the organization. Nevertheless, today we honor Bonita Williams and her commitment to freeing her people.